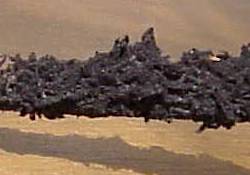 As plants grow and plant sap flows some of our insect friends are setting up housekeeping at the food source. Sometimes we do not notice the insects as they suck the sap from plants until the side affects such as sooty mold start appearing, growing in the honeydew the insects excrete. Honeydew is a watery fluid containing sugars that is excreted from the anus of certain plant sucking insects. Have you ever heard of a nicer euphemism for poop?

Sooty molds of trees and shrubs commonly occur throughout Virginia on conifers, hardwoods, and other plant species. These fungi are named for the black spots or crusts of growth they form on foliage or stems. Sooty molds rarely cause problems in the forest, but in some cases they can interfere with proper growth of Christmas trees, nursery stock, or landscape plants. In most cases, however, the unsightly, black fungal growth is mainly a cosmetic problem.

Although a few sooty mold fungi grow on plant substances exuded by the leaves, most grow on the excrement of certain sucking insects. The most common insects associated with sooty mold infestations are aphids, scales, mealybugs, and whiteflies. Sooty molds live entirely on the excretions of the insects, and do not penetrate leaf or bark tissues. No direct injury to the plant results from the presence of these fungi. However, sooty molds may be indirectly detrimental to plants by excluding sunlight and interfering with photosynthesis in the leaves.

Any plant infested with large numbers of sucking insects or growing beneath an insect-infested plant may be affected by sooty mold. Broadleaf trees, such as tulip poplar, magnolia, maple, beech, oak, elm, willow, walnut and basswood, and conifers, such as pines, spruces, and firs, frequently are infested with aphids and scales that can predispose them to sooty mold. Many types of shrubs and herbaceous plants are also commonly affected by this problem.

The presence of a black, soot-like fungus, frequently appearing as a thin crust over the surface of leaves, is the best indicator of this problem. However, some species of sooty molds grow as a thick, spongy mass that encases the needles of conifers or the twigs of deciduous trees. Insect activity may or may not be apparent. Sooty molds may persist long after the insects themselves have disappeared. Although sooty molds do not directly infect plants, severely affected plants may be yellowed and suffer defoliation from the combined effects of insect feeding and the reduction in photosynthesis that results from blockage of sunlight by the fungus. Although sooty mold usually does not cause dieback or mortality, the insect feeding that preceded the sooty mold infestation may be severe enough to weaken or kill portions of infested plants. Pruning out dead and dying branches helps prevent infection by secondary pathogens.

Prevention or reduction of high insect populations is the only recommended control for sooty mold. Insect control is also essential to protect plants from feeding damage. Usually, aphids and scales are the culprits in sooty mold infestations. The best timing for control of most aphid species in Virginia is early May. Most scale insects can be controlled by a late-winter application of dormant oil, which kills the overwintering stage of the insect. However, some plants, such as sugar and Japanese maples, hickory, beech, birch, Douglas fir, and juniper, are susceptible to dormant oil injury and should be treated with an insecticide other than dormant oil during emergence of the crawler stage. Scale insects are highly variable in the timing of emergence of the crawler stage. It is important to identify the species of scale insect to determine when the crawler stage will emerge. Information on crawler dates and control timing for most scale insects can be obtained from your local county Extension office.

Honeydew has been know as a food source for thousands of years and sometimes it accumulates in large enough quantities to be harvested by humans. Aphids in particular will produce large amounts of this sweet, sticky stuff. In this part of the world we mostly recognize honeydew as food for some ants. Ants will sometimes herd aphids like we herd cattle so they can milk the plant sucking insects for all they are worth. Having this food source in common with ants makes more sense when you think about where you often find ants, in your kitchen and at your picnic.