The fungi that cause powdery mildew all belong to the family, Erysiphaceae. Some powdery mildew fungi attack several different host plants, but most attack only a single host or, at most, only a few species. Most powdery mildew fungi produce a conspicuous white to grayish growth of fungal mycelium on the surface of the diseased plant part. Conidia, or spores of the fungus, are produced on the mycelium. In late summer most powdery mildew fungi also produce fruiting bodies called cleistothecia, which are dark-colored at maturity and about the size of coarse grains of pepper. These appear as dark specks on the white mycelium. 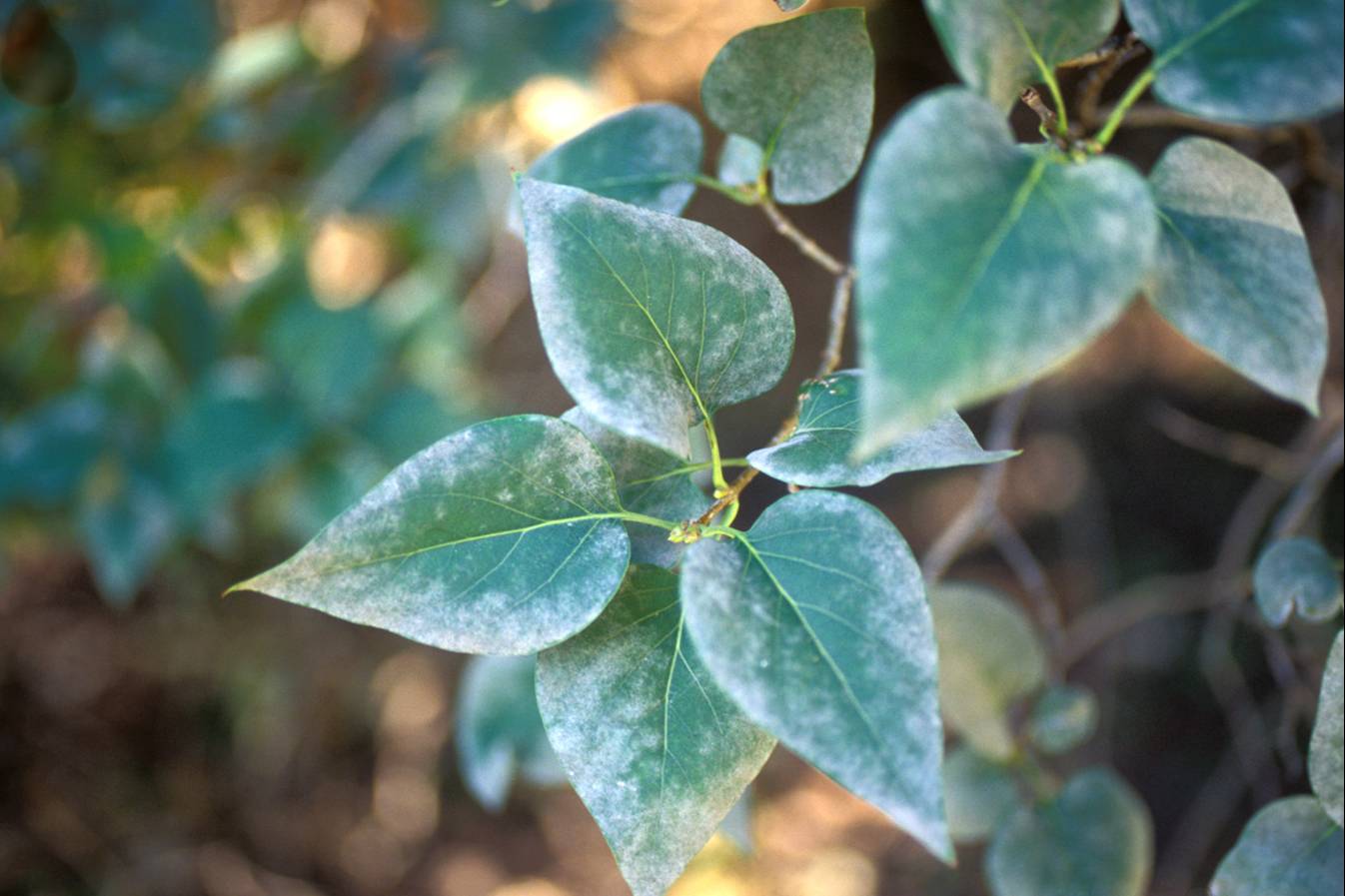 As a general rule, powdery mildew diseases are most severe under dry climatic conditions; however, fog or high relative humidity is necessary for spore germination. Free water on the leaf surface actually inhibits spore germination of most powdery mildew fungi; however, splashing water can spread spores. Warm, dry days and cool nights are most conducive to infection. On dry days conidia can be blown to healthy tissue. As air cools at night and humidity rises, the spores absorb moisture, germinate, and infect. Under favorable climatic conditions, a single spore can cause a new visible, sporulating lesion in 3-5 days. Thus, the disease can appear to develop very rapidly.

In geographical areas with mild winters, the mildew fungus overwinters as conidia or mycelium in infected buds, or on leaves, stems, and other plant parts. The fungus resumes its growth the following spring and is first observed on the new growth. In areas where winters are severe, the fungus overwinters as cleistothecia on plant debris. In spring the cleistothecia produce ascospores, which, like conidia, are blown to healthy tissue and cause new infections.

Frequent application of fungicides throughout the period of the year when the plant is making rapid growth minimizes serious damage. A number of fungicides have proven effective for control of powdery mildew diseases. Call your Extension office for details. Fungicide labels should be consulted for instructions for use on specific ornamental species.

Before using fungicides you should attempt to limit powdery mildews by other means. The following cultural practices should be beneficial for controlling powdery mildews.