It is almost that time again.  Lady beetles will be invading our houses again as they have in recent years when the autumn cues send them looking for shelter.  They mean you no harm but it is difficult to remain friendly to so many unwanted guests.  A little moisture and warm place to sleep is all they need but it is too much to ask from most of us.

Despite rumors to the contrary we are not dumping them from airplanes or helicopters onto your house.  The multicolored Asian lady beetle, Harmonia axyridis, was introduced as a biological control agent many years ago and has spread rapidly throughout the United States. The USDA made several releases throughout the eastern United States in an attempt to introduce this beetle into North America. It took a long time for releases made in Louisiana and Mississippi in 1979 and 1980 to become established and spread, but by 1994, H. axyridis was found in Alabama, Georgia, South Carolina, and Florida.  They are now widely disseminated in North America with frequent reports from the south, northeast, Midwest, and as Far West as Oregon. 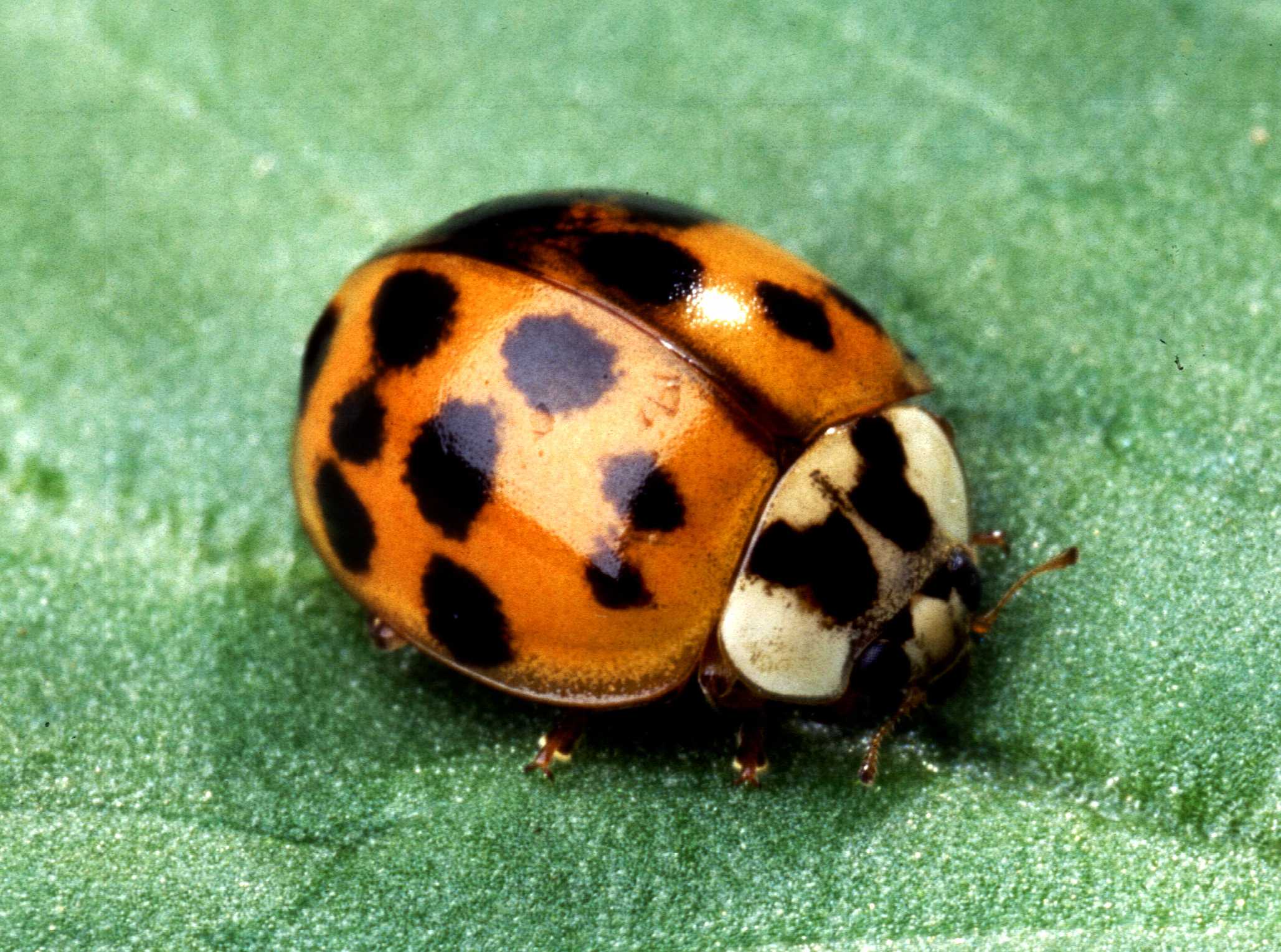 This lady beetle has become a major nuisance to homeowners because of its habit of invading houses and buildings each fall in large numbers.  They enter buildings mainly in late October and early November while searching for a place to spend the winter.  Early reports had some making appearances indoors in late August.  Hibernating beetles may become active and enter the living area of homes during mild winter weather and remain a nuisance until warm spring weather coaxes them back outside.  Despite these annoying traits, the Asian lady beetle preys upon many harmful insects such as aphids, scales, and psyllids that would otherwise be damaging to plants.  For this reason, the lady beetles are considered beneficial insects.

Natural overwintering sites for lady beetles include fencerows, rock piles, and hollow trees.  Getting into houses is a fatal mistake because a house has low humidity and these lady beetles, like most other insects, will simply dry out and die in those conditions.  It may take several weeks for them to die, so they will still create a nuisance as they fly about and collect on the ceiling and windows.

Pesticides are not generally recommended for controlling lady beetles.  The best technique for managing lady beetles is to prevent their entry into buildings by sealing cracks and openings around windows, doors, siding, and utility pipes with silicone or silicone-latex caulk. Conduct an energy audit of the house and seal up all possible openings for heat.  Beetles often overwinter in attics, so special attention should be made to screen all ventilation openings leading to attic space.